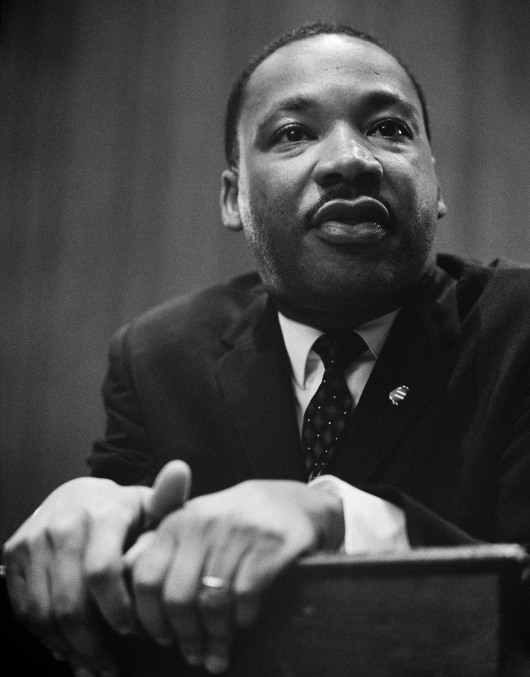 I received an email from a good friend and supporter who expressed concerns over using Martin Luther King as the subject of an exposition here in France. He cited his personal character, that Martin Luther King allegedly wasn't faithful to his wife. He felt that Campus Crusade should be careful because Martin Luther King was mainly a political figure and not a Christian example. Others have brought up issues with King's theology. This is a response to those questions.

Campus Crusade published a letter responding to concerns about Martin Luther King's moral behavior and theology. It's in French, but I'll quote part that I think summarizes the stance they're taking: "We're not making a eulogy to Martin Luther King, but presenting his actions against the injustice and discrimination which confronted black Americans during the 50's and 60's." The churches who partnered with us in Rennes were aware of their theological differences and his immoral behavior, but they supported the project because it focused on his non-violent stance for civil rights. It might be helpful to give some context...

In France, Protestants have been a suppressed minority (less than 1% currently) for hundreds of years. They were all either massacred or driven from France in the 1600's. In the media today, even though evangelicals are the fastest growing religious group in France, they are looked upon with suspicion and mistrust, even as cults. Building our credibility is an enormous challenge. That is why we've highlighted the protestant's role in condemning slavery, or starting social movements like the Salvation Army or Blue Cross (for alcoholism). The French expect social action from Christians, "For I was hungry, and you gave Me something to eat; I was thirsty," etc. Martin Luther King is a highly respected figure in France, but hardly anyone realizes that he was a baptist minister, like his father and grandfather.

The goal isn't to hold Martin Luther King up as a Christian example. The goal is to look at his actions against injustice and say, "we agree." I find it powerful that he had the guts to stand in front of a crowd of black people who were being beaten, even lynched, and tell them that he didn't want them to be there unless they were willing to love their enemy. I think that's what Jesus would have done. Even if I disagree with his theology, which I do, and am disappointed that he fell into adultery, it is still worthwhile to remember the good and recognize the positive impact he had. The fact that King David committed adultery and cold blooded murder doesn't keep us from telling our children stories of him in Sunday school.