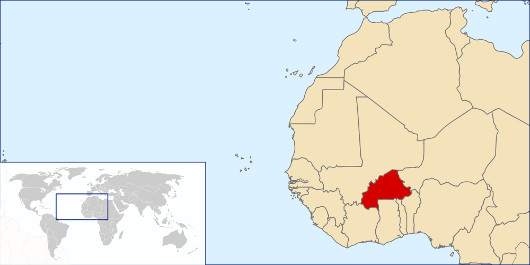 This weekend the boys will get haircuts, big time.  Their hair is pretty long right now, so it will be a drastic change.  But the temperatures in Burkina Faso where we’re going will also be a drastic change.  This is the hottest time of year there, with the average highs around 104 degrees, sometimes pushing 119.  A travel guide I was reading said, “Avoid travelling in late March to May as the climate is too hot and dry to bear even for the locals.” Yep, that’s when we’re goin!

I remember playing baseball for the Scarlets, we had some games scheduled against Las Vegas on a road trip. How this happened I’ll never know, but they scheduled two nine inning games starting at noon. That’s the hottest time of day, with temperatures pushing Burkina levels.  I was a catcher, and looking through my mask it looked like there were waves of heat rising off the ground. The ball seemed to float through this turbulence at amazing speed and I had a terrible time putting my mitt solidly on it. In the dugout I swore I could see steam rising out of my uniform when I took off my shin guards. I was pulled after the second inning.  Two nine inning games were reduced to two 7 inning games, then to one nine inning game, finally to one seven inning game!  We Montana boys were melting under the desert heat.

Burkina Faso has one of the lowest GDP per capita figures in the world, situated in west central Africa.  80% of the people are farmers of either livestock or crops like sorghum, millet, corn, peanuts, rice or cotton. The University of Ouagadougou was established in 1974 and has around 9,000 students. Formerly a French colony, Burkina Faso (then Upper Volta) obtained their independence in 1960.  The population is 60% Muslim and 30% Christian.

The stickers on my guitar case reflect my travels all across Europe.  I’ve walked atop Hadrian’s wall in Scotland, watched merchants in South Korea skin live eels, eaten who-knows-what sandwiches in Albania and tried to negotiate a lack of beds with an inn keeper in Hungary.  Adventure and travel is nothing I search for.  I’ve always had a healthy fear of the unknown.  I’m sure setting foot on the African continent will be eye opening and a huge adventure.

Another thing I’ve heard about Africa is they have a different view of time.  We’ve been advised to be flexible with our schedule and see it as a mere outline/suggestion. They say we westerners all have watches, but Africans all have time.  People are more important than time.  Maybe we will all learn something there.