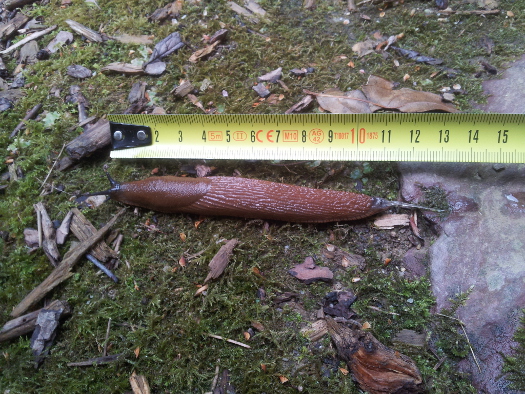 My brother Jason lives in Pueblo Colorado. It's a far cry from Rennes, France. Rennes is cool and rainy, green everywhere you look. Pueblo is hot and dry, a desert. We two brothers live very different lives.

Looking out our sliding window I saw something exceptional. It was crawling, stretching, oozing its way across our yard. We have slugs, dark brown, you know, the color of something else you really watch your step for. And this one was big, huge, gigantic. Silas and I rushed out with a camera and measuring tape. Check out the crazy long 11cm slug, almost four and a half inches! That's the excitement that happens around our house.

Only a few days later I see an email from my brother. It tells a different story. Attached was a picture of something he found in his yard - a rattlesnake. Wearing only his Birkenstocks and some shorts when he spotted it he grabbed a sand shovel, ignoring his wife's pleas to at least put on some boots. The snake would be a serious danger to his cats or dogs and he didn't want it to slip away from view. I imagine Jason looking like a gladiator, slowly approaching his prey.  "You really only get one shot at it," he told me. I'm really frightened of snakes and wouldn't want to mess up that one shot! Catching it off guard, its frightening presence in his yard was terminated.

His story makes the slug in my yard seem a little less exciting. 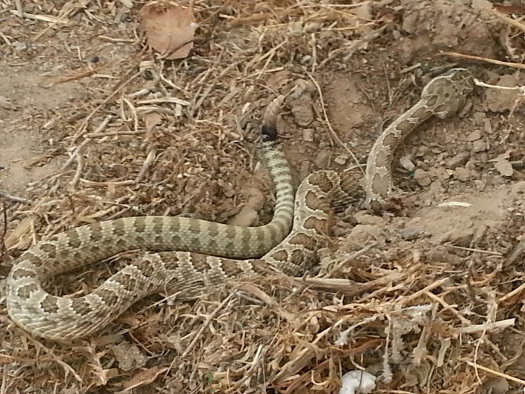