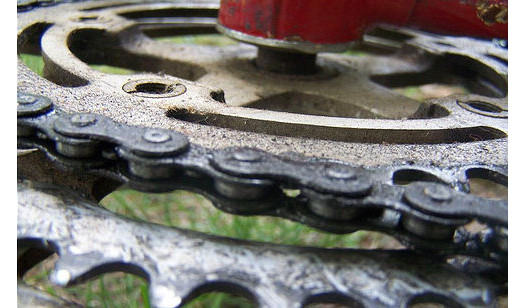 Always have a book with you.  Of course, I don’t, but that’s what I tell myself every time I’m stuck in a line.  This happens all too often in France.  This morning I went to a sporting goods store called Decathlon.  A couple times a year they let people bring in old sporting equipment and sell it for them, sort of sponsored garage sale.  A month ago I bought a bike at a garage sale, just to get by after ours were stolen.  I spent a lot of time trying to get all of the gears and brakes to function, but the bike was pretty far gone.  I hope to sell it so I can get something better.

So I was standing in a long, slow moving line in Decathlon.  Even after all my effort, it failed their inspection, and I ended up spending €10 to have the rear brake adjusted.  They proceeded to tell me that the gears needed adjusting which would cost me €26.  “I don’t think it’s even worth that,” I said.  Still, I took it back to the people checking in bikes.  I said they worked on the brake for me, but that the rear derailleur also needs adjustment.  The worker said that as long as the brakes work it didn’t matter if there was one gear that didn’t function.  They let it slide.

I told the truth, which could have caused them to reject the bike.  Still, they accepted it.

As another worker was filling out the contract he asked me how much I paid for the bike.  I told him €10.  “What?” he asked.  I explained that my bike was stolen and I bought this one from someone just to get me by.  I only paid €10.  “I can’t put that,” he said.  He wrote down more.

It struck me how my honesty caught him off guard.  I was intimidated by the whole situation, afraid that the bike would be rejected, that I just spent €10 to get the brake tightened for nothing.  I really want to be rid of it, but I’m not willing to lie for it.

Tomorrow we’re going to look at used bikes ourselves, hoping to find one that was built to last.  I really miss our two bikes that were stolen… 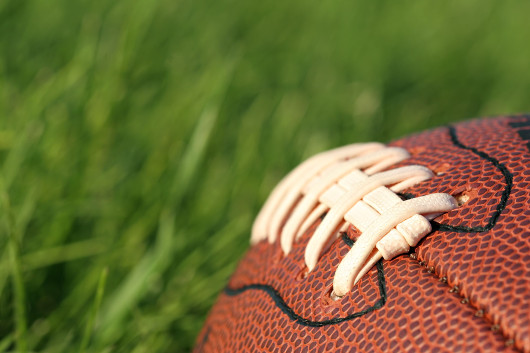 There were about fifteen of us on the soccer field, mostly French.  We laid out markers for the end zone and first downs, trying to explain the rules of touch football.  The French were a little confused, and so were the Americans.  Should we do two handed touch or also below the waist?  How many seconds should they count before they can rush?  Can the quarterback run?  Once we agreed on the rules, the fun began.  With a half dozen receivers in the field, it was chaotic but exciting.  I asked my team who wanted to be quarterback?  No one.  The French weren’t confident enough in their throwing skills.  That left it between me and guy from Georgia.  We decided to switch off.

I have never quarterbacked before, aside from throwing the ball with a few guys in the backyard.  Playing offensive guard or defensive end in little league doesn’t prepare you.  I can throw the ball pretty well, but being a quarterback involves much more than that.  I’m not used to the pressure of having someone rush, and I had a hard time focusing on my teammates out in the field.  There were so many of them, all dressed differently, I couldn’t decide who to throw to.  It made me think about how I am as a Christian.  I naturally spend time reading the Bible and deepening my relationship with God.  I know how to throw.  But what about seeing openings to share my faith?  Do I pray for them, look for them, and have the courage to speak?  Life can be more than a game of catch… 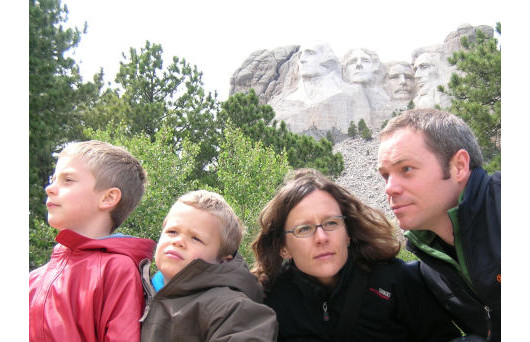 In America, we live life large.  The sculptures are large, our portions are large, our expectations are large, and our burdens are large.  Unfortunately, my middle seems to get large when I’m here too.  But that is just part of the surreal reality of living in different parts of the globe.  Just next week we’ll give our parents hugs goodbye, get on a plane, and find ourselves back in France.  We’ll have to pull up the shudders and open up all of our windows to get some fresh air in the apartment.  Hopefully our car will start, because the next day I’ll be taking two different trips to the train station for other colleagues arriving back.  We’ll unpack our extra large luggage and ask ourselves over and over, “where are we going to put this?”  We’ll stock up our refrigerator that’s been sitting empty all summer.  The boys will have just a few days to get through 8 hours of jet lag before school starts.  I’ll get to see how the hardwood floor I installed in the boy’s room has stood the test of temperature and humidity changes.  Finally finishing that project will be on the front burner before the crazy busyness of the school year begins.  The tears and sadness of leaving will slowly be replaced by a familiar routine.  We’ll miss the land of the large, especially large portion of love we feel there.  It’s been a great summer… 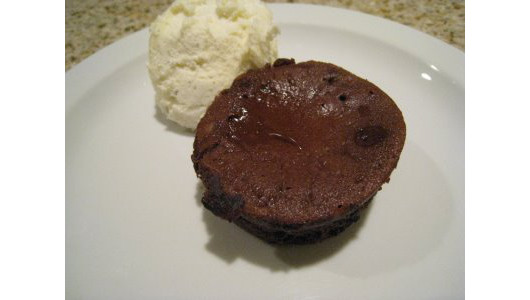 I’ve been wrestling with reverse culture shock as I’ve returned to the States.  It seems to get worse every time, maybe because we’re getting more and more used to the French environment.  So, how to cope with culture shock?  My response seems to be baking, surrounding myself with delicious smells and tastes familiar with home.  What we cook is a link between these two worlds.  So I’ve baked brownies (from scratch, like we make in France), buttermilk biscuits, and the ultimate dessert  - moelleux au chocolat.  Alton Brown calls them Chocolate Lava Muffins, and they’re simply amazing.   His recipe is the one I use, though I disagree with Alton’s need to add melted ice cream to the delightful gooey chocolate center… 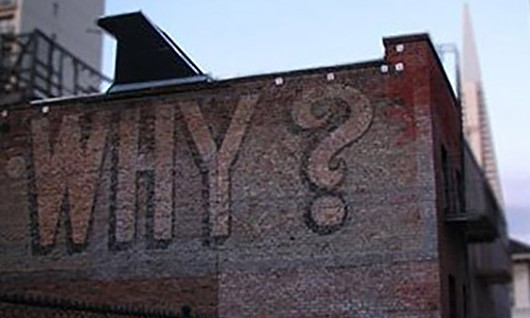 Jeremie and I were at the science campus.  He’s a student there.  But Jeremie is excited to embark on spiritual discussions with others and that’s what we were doing.  We had a simple survey with only a few questions.  What are people’s main objections to God?  Your biggest obstacles?  And if you could ask God one question, what would it be?  Talking with three guys, their main objection was that it just wasn’t logical to believe in God.  One was especially cutting, “It’s like growing up and not believing in Santa Claus anymore.” He smirked.  When we got to the question he would ask God he said, “Why?”  Jeremie asked what he meant by that.  “Just why, that’s all.”

Isn’t that interesting?  Because in the presumed conflict between science and God, WHY is the question that science CAN’T answer.  With a mechanical engineering degree, I’ve studied a bit of science.  It goes to great lengths to find out how our world works.  But it can’t touch questions like: Why is it this way?  Why do I struggle?  or Why are we here?  When I want to know how long it’ll take to get to my destination I’ll break out an equation.  But if I wonder why I’m going there, can science tell me?  Only God can answer the real why questions.  That poor science student had never sipped from that fountain.  Maybe, someday, through that pride, the water of life will get to those parched lips.

Over a year ago I wrote an email to my friend Aric.  We’re good friends, roommates in college, and in each other’s weddings.  Aric plays bass guitar, and I was thinking how fun it would be to play.  Aric wrote back about playing bass, passive vs. active, four or five strings, and so on.  This went on and on, and when I’d get out my guitar to play, sometimes I’d practice scales on those bottom four strings, imagining the rumble a bass would make.  When they heard I that play guitar at my church they were quick to say I should bring it in and play.  But there are already a handful of guitar players there, who all play at least as good as me.  The last thing they need is another guitar, but a bass, that would give some depth!  The months went by and my dreams continued to mull.

Money was an object, because not only do you have to buy a bass, but also an amp.  Finally I thought perhaps I could afford to get one when I go back to the States this summer.  Maybe there was hope.  Then one morning I was on the train heading to a conference when my friend Aaron called.  Aaron is a gifted worship leader, and is asked to do that wherever he goes.  He wanted to know if I would play bass guitar for the national conference in February.  Another colleague was bringing both his electric guitar and his bass and would let me play.  What an opportunity!  I got to play bass with the band, learning along the way.  We practiced and jammed and played and, wow, I really had fun.  I think there is hope, and this dream just might come true!