Sometimes life throws you curveballs. I've had a few lately, like our neighbors cars blocking the way for the truck during our move, one of our moving helpers getting stuck in the elevator, and the faucet to hook up the washing machine leaking. I felt pretty self conscious randomly buzzing people asking if they happened to own the grey Renault parked out front. We had to call a repairman for the elevator. I have no idea how I'm going to fix the faucet - and we'd really like to do some laundry. But that's what I do, whiff at curveballs. I tore a huge gash in our linoleum moving our refrigerator, whiff. Our phone doesn't work at either apartment now, whiff.

May deals with the stress by working harder. That makes me stressed. I've got to sit and do nothing, or write, or watch a movie, or sleep a long long time. I don't know when that's going to happen. Our living room is a jumbled mess, filled with boxes and haphazard furniture. My clothes are all sitting in a suitcase. This is only a phase, normal will come.

Where does my help come from? My help comes from the maker of heaven and earth. My muscles are so sore it hurts to stand. I'm sleeping poorly even though I'm beyond exhausted. Does God ever feel sore or get tired? Nope. He's holding every molecule together at this moment, listening carefully to every prayer, hearing expectations, shouldering every complaint. He never needs to sleep, provides life to us, and is certainly capable enough to help me repair a leaky faucet. I say this because I have an abhorrent fear of plumbing and of trying to find things in foreign countries.

Korea is amazing to visit. I'd never been to Asia, it was as amazing as I'd imagined. Pictorial writing is so different than roman characters. One evening we got into a taxi and told him the name of our hotel. He didn't seem to understand, so we handed him the name and address written on a piece of paper. He looked at it for a long, long time. What's the problem, we thought? Then we realized that it was written in roman characters instead of Korean ones. We did a lot of pointing during that cab ride.

Then there's the food. We really like Korean food. Some restaurants had large tanks with fish swimming around. Above the tanks their many fish dishes are displayed. Now that's fresh! But the cold lunches and dinners provided for us wore on after a while. Desserts really aren't a priority there, and my western tongue really needed some sugar. After one lunch, May and I finished the rice and meat, looked at each other and said - I'm still hungry! We walked across the street and bought a waffle with whipped cream on it. Then we had two ice cream cones. Dessert is the most important meal of the day, and we'd been missing it.

We had one morning to explore, so we walked over to a Buddhist temple. There was a service going on, with people bowing down and up, down and up as the priest chanted. Three golden statues gazed blankly at the worshippers. In one temple thousands of little green statues were lined up behind the buddhas. On one hand, the unhurried focus is admirable. How difficult it is in our Western World to set aside time to give something our full attention. On the other hand, how lifeless those statues are. How much more worthwhile those prayers would be if they were directed to Christ.

"Is Efrem with you?"

We looked behind us at the enormous playground with kids playing everywhere. He had to be there somewhere. A quick search, a second more careful scan, another look showed no sign of Efrem.

May and I took started running all over the park. What could have happened?! We were frightened. Could he have gone to the other bicycle course? You run down there and check. I'll look on the playground again. Minutes crawled by with still no sign of him. We were right by the merry go round when we told him we were leaving. He was on his little bicycle, which he can go really fast on, by the way, and then he was gone.

Then a lady who saw us searching approached, "There's a little boy by the exit over there." I ran over to find Efrem, on his bike by a different exit. What a relief. In the span of five minutes we went from pure panic to heartfelt relief. I tried hard not to let the emotions flowing through me taint what I said to Efrem. I said I was so happy to see him and asked if he was scared. His response was, "Yes, where were you guys?" It was tough on him too.

We followed up that incident by stressing the importance of staying beside mommy and daddy, especially when we're leaving. We also talked about what to do if they're ever approached by a stranger. This past week an English couple had their four year old girl taken while they on vacation in Portugal. It could happen to anyone, as scary as that is. And as a parent I know that we would go to any length to save our child from harm. Maybe this is how God felt when we, his children, were stolen from him by Satan. He relentlessly pursued us and went to great lengths to save us. God created emotions, he feels them too. Jesus wept, and so do we with those parents who are still searching for Maddie. May they find her soon. 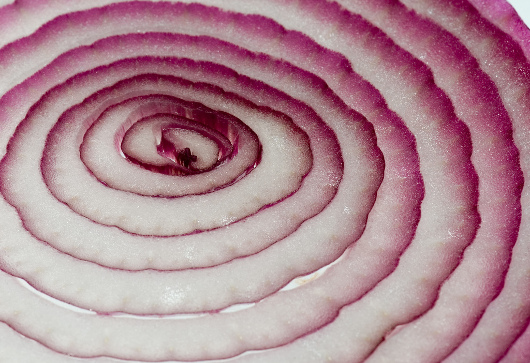 Grace to you and peace from God our Father and the Lord Jesus Christ.

"Que la grace et la paix du Seigneur... " the benediction melody still played in my mind. I sang this song of grace and peace, of God's light in our lives all the way to the Prefecture. My simple goal - to license our car. This being my FOURTH visit I was overconfident as I passed all of the precious documents I'd collected in the past weeks. The lady looked at me over her glasses and asked, "Is this ALL that you have? You're missing..." Heat rose up my neck and my entire head was absorbed in frustrated anger. How could this be? When they canceled my registration in Germany they didn't give me any special paper. They just stamped my title, that's all. And why would I have to visit the French department of tax collection for a vehicle I purchased in Germany while living in Germany?! I was so furious.

As I drove home to look up the address for the French department of taxes, the melody still played "Que la grace et la paix du Seigneur" The song sounded in my mind as a gentle reminder. But I couldn't choke out the words. Sitting at a stop light I closed my eyes and imagined myself back in front of the ice cold lady behind the glass. And then I raised one hand toward the windshield and voiced the blessing to her out loud. Slowly, I started singing the song anew.

Walking to the French department of tax collection I had some time to pray. God, I could never live this life without you. I asked him to forgive me for getting so angry, and recognized again my utter dependence on Him. I'm re-reading Ken Sande's book The Peacemaker right now, poignantly timed.

Of course, there were no taxes to pay for the used car I purchased two years ago while living in Germany. And I didn't have to pay anything for the simple slip of paper they gave me. Though didn't Einstein prove that TIME is MONEY?

May the grace and peace of the Lord be upon you, upon your hearts. And may His light shine on your lives in the name of Jesus Christ!

Penelope was a third culture kid. Her fathers job led him to international assignments and growing up she lived in Egypt and Portugal. It was only after graduating from high school that she returned to France. At first, she didn't like being back. All of her siblings live abroad. But she now lives in Rennes and has a boy, Nathan, in the same class as Silas.

It's awkward - to say the least - being a foreigner just beginning to learn a language. You can't be yourself because so much of who we are is self expression. Yet people are reaching out to Silas. May and Penelope talked together at the park after school while Silas and Nathan played 'chat perché' tag. Nathan also has a younger brother the same age as Efrem. Pulled by her third culture identity, Penelope invited Silas to go to their house for lunch between school periods.

Yesterday Silas had lunch with a French family. Isn't that brave?! They played dinosaurs together and Silas told them all about his birthday cake. Penelope said that when he speaks French Silas doesn't have an accent. So he's learning well! It's really hard for us to know how much he understands. He always tells us he didn't understand anything. Yet when his friend Nathan wants to play tag and says "You're it!"  Silas asserts "Non, c'est toi le chat!"

Walking home after dropping Silas off at school is hard. He's with his teacher and classmates 6 hours a day. Will they be kind to him? Will he be teased or hurt? Does he feel lost all day? Silas is learning and adjusting well. Our prayers are being answered. And now I ask myself - how well am I learning and adjusting? How about you?

May was cleaning in the kitchen, the music blaring, and Efrem was sitting in the bathroom yelling "phone!" After running to answer May heard Madame Herrmann from the consulate leaving a message. We've never figured out how to pick up a call that's gone to the answering machine, so she listened helplessly to the one-sided conversation. Our visas have been accepted and we can pick them up! Instead of taking a day to drive up to Frankfurt we're going to mail our passports - oh Lord protect them - to have the visas put in.

Now the whirlwind begins. We plan to load the moving truck Wednesday of next week; Dan will ride with it to Rennes and unload Thursday, then come back. Then on Saturday the 23rd our whole family will drive to our new home.

We thank God for answering ours and your prayers for our visas!

Please pray for the myriad of tasks necessary in the next 11 days: deregistering our car, canceling all of our accounts and bills, finishing packing, preparing the boys to go, saying goodbyes.